An Informal View of Filipino Politics

The news is never perfect and it’s always a terrible to see politics show the worst in people. That’s why it’s always a horrible idea to look at the comment section of anything related to the Philippines. It’s always someone either spewing “Pinoy Pride” all over or someone saying they’re “Yellow”. Literally anything yellow could trigger them into a frenzy.

“Oh disregard this person’s opinion because they’re not on our side in this political West Side Story!” Lemme rephrase that because that sounds too smart for these insane lunatics. “Booo, yellow, booo, you apologist! Go away!” That’s why people disregard the opinions of these people because they’re rabid lunatics who can’t take any form of dissenting opinion lightly.

“Hey, I don’t necessarily agree with the president’s stance on such-and-so.”
“BOOO! YOU’RE YELLOW, THAT’S WHY YOU’RE LIKE THAT! You’re paid to say negative things about the president!”

And excuse me, when was it ever a good idea to listen to the bile that Vice President-hating dancer blogger spews out? The big reason they listen to whatever she says is because she’s hot. Take that away and what do you have? Just another blogger that no one will listen to. Yes, claim that she’s smart. Sure. You do you, buddy boy. I can claim to be an intellectual who runs a blog because hey, I have one. She basically runs a fangirl blog who attacks other fandoms because that current fandom is now being an annoying pack of angry drunks who are ready to ditch foreign aid because “THE UNITED STATES IS DESTABILIZING US WITH NANOMACHINES AND METAL GEAR!” As if the United States have nothing better to do than pick on the Philippines when it has other, more important issues to deal with.

That’s why no one takes any of these fanatics seriously. That’s why the country’s an even bigger shithole than it was before. It’s divided more than ever between the people who have some sense of calmness and reasoning, and the people who would believe that the whole world is conspiring against them because these people have been watching too many soap operas to actually believe anything coherent. Say something negative about their president and how he runs his government or something positive about the vice president and get ready to be verbally lynched. It’s this hunt for constant boogeymen that give these lunatics the drive to feel intellectual.

“Do we need freedom or do we need discipline?” says blogger. Do we really need people creating conspiracy theories and making stupid statements, pretending the whole world is out to get them? Or do we need people to stop believing in this notion that journalists are paid by people because they report on the negative things about the country. They’re reliable because they’ve been on the journalism path for years and now, just because these idiots agree with them, it’s instantly fake news? I’d rather listen to someone who’s been studying journalism and have been working with companies for years rather than some blogger who just got lucky and triggered a nation into believing that “we need discipline”, like she knows better.

So anyone who has a dissenting opinion against their beloved president is seen as paid off, irrelevant, “Yellow”. It’s “with us or against us” now when it comes to these people. It’s not like we can actually, you know, discuss things to make things better. No, of course not. Fanatics on Facebook HAVE to post about how the media is “against” the president, as if the media treated former presidents like absolute Mother Teresa doppelgangers before.

Oh, have I offended you? Has the big mean English speaking man offended you? “Mr Ralph Corleone, the next time you visit the Philippines, I hope you get killed!” Do you think I wouldn’t like that? Bring it. Because that’s what’s wrong with these stupid people. It all gets personal with them. A journalist or a rival politician’s private life is fair game to these imbeciles because they always want to reach something that will make them feel better in a “holier than thou” way. I can Ad Hominem with the best and the rest, baybay.

No politician is perfect. No good country is run without freedom of speech and freedom of the press. Opposing opinions are how we get new ideas, views, and compromises. But what do I know, I don’t have 4 million blind followers.
Posted by Ralph Corleone at 3:45 AM

I love my Christmas weekend~! 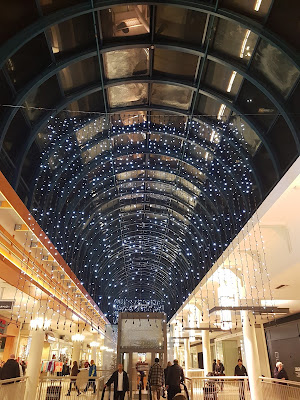 I recently got a three-day weekend from December 24 to 26. I've been celebrating it on my own because my family doesn't do Christmas anymore because reasons. See, instead of just being miserable and sleeping as usual, I took the time to make it worthwhile, at the cost of my wallet.

I did my Christmas shopping before the weekend so of course it's more geeky stuff for me to use.

I bought a cool speaker that's modeled after an NES controller from EB Games so that's something for my laptop really. Downside of that is it has 4 grills but only one side has the sound. It's still mighty loud but I thought it'd be 4 sides of sound. The best way to test speakers is by playing promos of The Ascension. 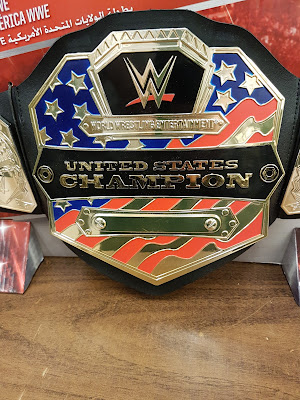 I also bought a kids replica of a WWE United States Championship belt. Why? Because I love wrestling, goddamn it. This is only my second belt ever. I gave my first belt which was a WWE Tag Team Title replica to a friend of mine back in 2013 as a sign of awesome friendship. 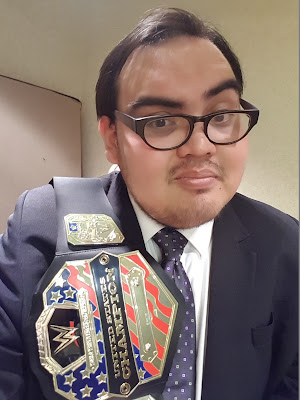 I stayed an extra hour at work because it got busy and my boss told me too. Not that I didn't like it since it's still money, right? Gotta pay for more title belts somehow.

After leaving work, I wanted to do some window shopping. I didn't wanna buy anything else though. I just wanted to look around for fun before my 3 day weekend of self-destruction fun.

"What's this, Ralphy? Did you just really stalk that Krisly girl in 2011?"

NO. OKAY, CONTEXT FOR THIS ONE!

In 2011, for Literature 208 class, we were given an assignment of stalking someone and writing about them. Only rules were that we shouldn't have been seen and we shouldn't know the person. The subject didn't have to be anyone of the opposite gender. I remember the professor who gave this assignment - let's call them Hot Coldman - told us that he wrote about an old man in the park. I thought it was a huge waste of time but hey, what can I do? It was required. I think I had some classmates cheat and say they stalked each other but I can't confirm that since I was just eavesdropping. I didn't have time to do this assignment nor did I want to get arrested for stalking because I'm not good in stealth. I'm no Solid Snake. 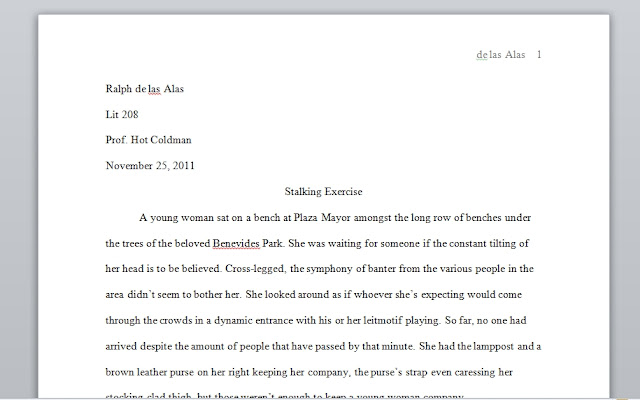 I went the fictional route instead and used a style that was similar to the monologues from Max Payne. Only problem was that I had to make it believable. I didn't have to but making it too vague would kill the "realism". Then again, Mr Coldman wasn't stalking me so I can get away with it. So I went ahead and pretended to stalk a tourism girl from the university. Emphasis on "pretended". I just wrote this in my dining room while listening to a lot of Tegan and Sara. "I was nineteeeeen, call me!" No, I didn't stalk anyone for that matter. I just used a photo of a certain tourism girl/crush of mine for reference. Because I'm a sick guy! *thumbs up*