Who are you anyway?

Well, I'm just a guy who took up literature in the University of Santo Tomas (UST) and now I'm in Canada. Seems simple enough, right? Hi, I'm Ralph Corleone! I talk about video games and other stuff that I love/hate.

Where did the Corleone name come from?

People have said that I look like a gangster when I'm in a suit. Since The Godfather is one of my favorite movies of all time and I was always in a suit, I just said "Let's go with it" and took the Corleone name since it's awesome. I know, I'm shallow like that.

I wanted to simply make a blog that said "Hey, this is me. It's who I am, it's what I am, right or wrong" (part of that is plagiarized from Carlito Brigante from the film Carlito's Way) and since Batman Forever is my favorite movie of the Batman franchise and I'm clearly fat, why not combine those two? Hence the name, Fatman Forever.

Why did you start video blogging?

In UST, in the Faculty of Arts and Letters at least, we have this subject called Art Appreciation and one of the things you have to do is a self-portrait where you do something like a video, a painting, a sculpture or whatever you want in order to show everyone an issue you're going through. I wanted to do a video similar to that movie 500 Days of Summer but I eventually dropped the subject for various reasons. The problem was that I still wanted to do videos so I just thought of doing a video blog for fun. This blogspot was my least active blog compared to my Tumblr at the time and now I actively add content to it.


Who drew your banner?


What's your problem with Sampung Sulyap?

A lot of their movies suck and those movies are supposed to be "inspirational stories". The most pretentious one was that damn 16:11, done by my previous organization named "TomasinoWeb" because it was just so full of bullshit that I advise everyone to not do a movie like that ever again. But that wasn't TomasinoWeb's fault, really. They just had to flow with the pretentious lead actor's crappy demands.

“Look Around, You’re All Alone” 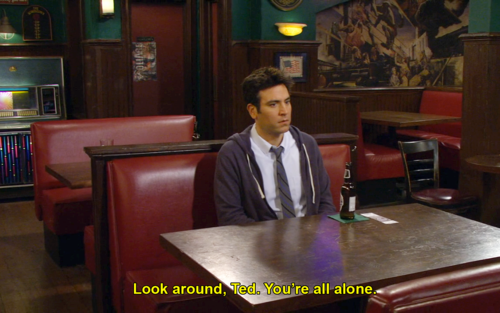 That simple line from the How I Met Your Mother episode “The Time Travelers” is one way to summarize by arrival in Canada. It didn’t even start there. As I looked around gate D5 in the Taipei airport where I had to spend 5 hours in as a stopover, I felt a dark cloud of emotion looming upon me as I was ready to go to Vancouver. I realized I didn’t know anyone in Vancouver, let alone Taipei. I had a small panic attack mixed with emotion because I really did miss my friends. I wanted to bring them along.

A hastily thrown together video message for the graduates and new officers of TomasinoWeb.

Posted by Ralph Corleone at 9:08 PM

Non-sense that actually made sense, if that makes any sense. I'm talking about the movie.
Posted by Ralph Corleone at 10:36 PM

Rambles - Ralph's Day Out In Canada

My first vlog in Canada. More to come.
Posted by Ralph Corleone at 1:45 PM