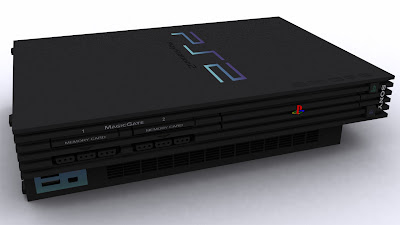 I think I shall forever be a Sony fanboy because of the PlayStation 2 alone. This console had games that I considered really fun like Persona 3, Scarface: The World Is Yours, Max Payne, Disgaea: Hour of Darkness, Makai Kingdom, and Grand Theft Auto: San Andreas but it also introduced me to what I consider my absolute favorite game for that console (and EVER!) – Dynasty Warriors 4. 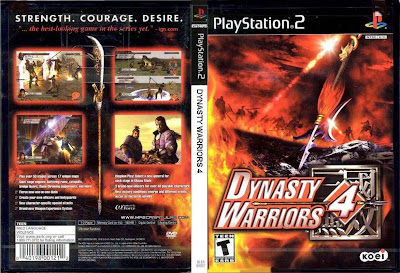 Yes, Dynasty Warriors 4 deserves a special mention because it's what made me keep my PS2.

Dynasty Warriors 4 was simple, easy to enjoy, easy to follow, and the control scheme was easy to get used to (Square for regular attack, Triangle for charge attacks, circle for a special attack, X to jump. There you go, you’re ready to play). This was the game that made me want to be a writer and take up a course in literature since the entire game is based on the ancient Chinese novel entitled Romance of The Three Kingdoms. So I’m grateful for Dynasty Warriors 4 and the PS2 for being the two unlikely influences I had in choosing a course in college.

I’ve had a lot of fun times with my PlayStation 2 – hundreds of hours of playing, swearing, and crying – but the one I have right now is actually my third one. The first one I had was the original model where it was as big as a phonebook but was really reliable in terms of not heating up when it was on for 8 hours straight.

My first PlayStation 2 stopped reading discs after quite some time and I had to literally smack it several times for thirty minutes to play Grand Theft Auto: San Andreas. Soon enough, I got really, REALLY pissed off with it and I stepped on it, which made a crack on the exterior. Not one of my proudest moments, to be honest. I really didn’t want to fix it because I was still mad at the thing but looking back, I looked like an abusive husband who was beating up his wife. “How dare you not play games for me? I own you! You deserve every smack you get, you bitch!” 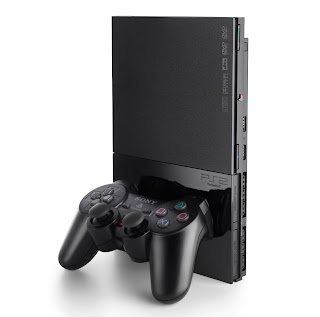 The next PS2 I had was the slim one that looked like a thick collection of travel brochures. This one was good because it read discs which meant it was already better than the first PS2 (That lazy bitch, I should smack it again!) but the best thing about it was that it read Action Replay discs. When you have an Action Replay disc with you, that meant you could cheat your way through games with unlimited ammo, unlimited health, all levels and upgrades unlocked, and so much more if you have the right codes with you. 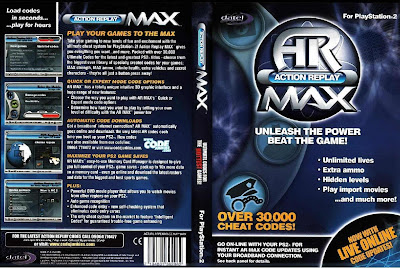 Action Replay codes made games like Black and Metal Gear Solid 3: Snake Eater so much easier. I loved my new PS2 Slim but I had to be careful with it because it looked really fragile to me. I was used to the thick version which looked really sturdy even if I smacked it several times before (not that I plan on smacking any more video game consoles that piss me off).

And I was right. My PS2 Slim eventually stopped reading discs and apparently was beyond repair, according to the repairman my grandfather brought it to (I’m guessing it was just really expensive to fix). I felt really bad because that PS2 Slim had a great lens that read all the discs I made it read. Too bad, I wanted to experiment with the Action Replay codes for Persona 3.

Strangely, my grandfather suddenly had the first PS2 fixed. He also asked why there was a hole in the exterior. I just told him that it must have been dropped and totally wasn’t stomped on by a raging fat kid. This was actually a good chance to redeem myself for beating up that PS2. I took care of that console – I cleaned it, I didn’t play for 8 hours straight so the lens wouldn’t be worn out, and I tried to keep it away from places where one accidental nudge would turn it into a smashed corpse on the floor. Since it was my first PS2, I felt like it was a reunion of sorts.

Then I made the mistake of lending my newly repaired PS2 to my uncle. I lent it to him because, if I could remember correctly, he got married and I didn’t have a gift for him so I offered to lend him my console. Lending your beloved console to someone else is probably one of the nicest things a gamer could do. My uncle accepted the offer and I delivered him the PS2. He told me he had so much fun with it that he bought half a dozen games for it. I was a good nephew.

The only thing I didn’t really anticipate was that he was moving to a new house and he brought the PS2 with him. I didn’t really think that was part of the agreement so I asked him if I could have the console back. It took him a few months to actually give it back (I was getting really pissed off at him) and when I got it back, it had one slight problem – it was dead. Goddamn it. I told him to have it fixed but he never actually got it fixed for whatever reason. I never bothered to repair it because I was advised by my grandfather to just buy a new one or at least one in better condition (i.e. one that can actually function correctly).

I saved up a lot of my allowance and bought a secondhand PS2 from one of my friends who ran an electronics store. It was in real good shape. It also came with two controllers, which was good because my brother and I would play Dynasty Warriors 4 to see who could kill the most soldiers in one stage. Thankfully, I didn’t make the mistake of lending it to other people (I didn’t want to receive a corpse of a PS2 again – too many bad memories). I didn’t play with it for 8 hours straight. I didn’t have the urge to bring it anyway. It stayed at home in one place – beside the TV.

I mainly used my third PS2 as a stress reliever instead of a pastime. I would only play it whenever I had free time or was feeling pissed off. I didn’t play it as religiously as I did with the first two as I was slowly running out of fun games to play. That didn’t mean I’d sell it.

Heck, when I was packing my stuff for Canada, I deliberately left out some old clothes that I knew I wouldn’t wear just so I could put my PS2 in one of the boxes. I wanted to make sure it was secure and won’t break on the way if ever the box is dropped so I wrapped it in three of my shirts and a pair of pants. That layer of clothes acted like a protective cushion for the game console.

I don’t really plan on selling my PlayStation 2, even though it’s been a dead console for several years now. Believe me the thought has crossed my mind and I’ve asked one of my favorite game stores “Hypothetically, if I were to sell my PS2 here, how much would I get for it?” Apparently, I’ll just get 15 dollars, depending on the condition. If it’s in average condition, I’d probably get 10 bucks for it. With the games, it’ll probably just be 15 bucks all in all (Oh, supply and demand, you are such a horrible mistress to cheap people such as myself).

The PS2 for me is more than just a video game console now. It’s more like a friend to me who I always have fun with. Yes, it really is sad that I consider a PS2 as a best friend.
Posted by Ralph Corleone at 7:25 PM