I just found one of my short stories from 2nd year fiction class and thought I'd post it here.

It's basically a guy meeting the Devil. I was cramming this 2 nights before the deadline after my proposed story was rejected by the professor. It's not perfect but hey, I'm not a good writer at all.

Read more »
Posted by Ralph Corleone at 2:01 AM

Things I See - Not Really Bigger On Minecraft 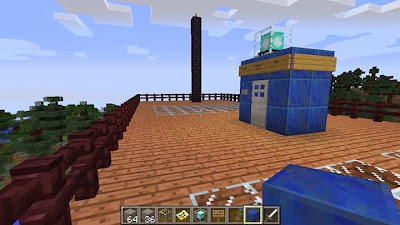 I've been playing Minecraft recently and thought "Hey, just to keep me amused in this game, let's make a TARDIS from Doctor Who!" And I did. It looks like a portable toilet with a police siren on top but still, it's a TARDIS on the roof of my fortress. Yes, I have a video to do that tours you around. I'll probably get to that soon.
Posted by Ralph Corleone at 8:43 AM

I started a new chapter in my college life at Sprott Shaw College last September 23. You can read about my decision to go there in this post. Yes, you can read that before you continue with this post. Just tell me when you get back.

Are you done yet? Oh, awesome. Where were we? Oh, right. Sprott Shaw. I'm gonna talk to you about my first week as an International Hospitality Management student.

The first week of classes is usually a week-long orientation. In my first day, I walked in the classroom and I heard no English at all. When I was toured around the campus the week before by the administrative advisor, I saw signs posted on the bulletin boards that said Sprott Shaw College was an English only campus. They had this rule because in the business world, English is the commonly used language so it was basically training for those who weren't used to speaking the language. That rule was not being followed at all in my orientation class. I heard Mandarin, Cantonese, Japanese, and Korean. So basically, I was stuck with my fellow Asians. Sure there were also people from other nationalities but a lot of them were East Asians who never bothered to speak any English whatsoever.

There were no seats in the front row so I opted to sit in the back. I didn't talk to anyone because I didn't really care about my classmates at all. I didn't know them and I didn't want to get to know them because I know that they won't all be comfortable talking to some guy who didn't speak their language. I saw people of the same nationality in groups. I didn't see any Filipinos around my age so I was stuck in the back with no one to talk to. For that entire week, I never bothered to talk to anyone. I didn't know any of their languages. I only knew Filipino and English and I can definitely say that I consider my English to be below average.

Not that I really wanted to talk to anyone in the first place though. I wanted to be serious. I wanted to do well in class. I didn't want to make the same mistakes I did when I was in UST taking up literature. I promised myself "Ralph, no more stupid decisions. No more crushes. No more feelings. No more pink puppies. You have to do better. This is your fourth year." I really didn't like how my last year in Literature ended with me basically not putting any effort at all because I knew that I was leaving and won't have to suffer the hell that is thesis writing. That was all in the past. I was in a different field now. Hospitality Management is a lot different from Literature and I wanted to get through the program  day by day.

Read more »
Posted by Ralph Corleone at 1:35 AM 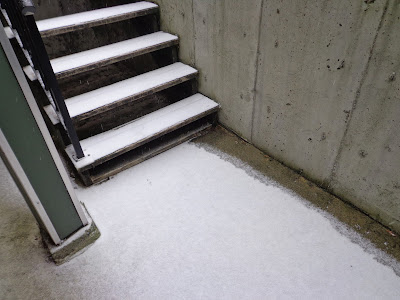 I was totally not expecting snow to look good. I thought it would be just really cold rain since I've been told that it doesn't really now as much here in the Vancouver area. Walking in the snow was awesome. It's like someone left the freezer door open.
Posted by Ralph Corleone at 7:22 PM

Things I See - America and Earth 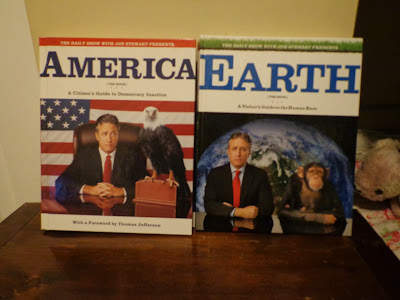 (This is more like a "Things I Bought" but come on, gimme some slack.)

Thanks to a Salvation Army thrift shop, I was able to buy these two books by The Daily Show writers for 25 cents. 25 cents for two hardbound books. I guess they were having a huge sale.

Posted by Ralph Corleone at 9:42 AM