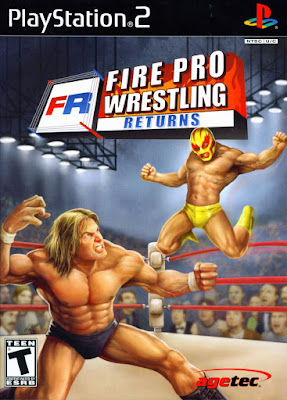 Whenever I’m not singing the praises of Grand Theft Auto and Dynasty Warriors, I love playing wrestling games. Sure, the WWE games haven’t been good since Smackdown Vs Raw 2006 and after being burned so many times, this march into perfect simulation since WWE 2K15 has been a march off a cliff. Unless I and a legion of other wrestling game fans are incredibly wrong, WWE 2K17 would just be average at best.

“Ralphy, you keep mentioning WWE 2K17, are you even gonna review it?”

I bloody hell won’t because I’m not spending $79.99 on a sports game, especially a yearly WWE game. Even 3 years ago when WWE 2K14 was released, I bought it when when it was on sale in EB Games for 30 dollars. Since WWE 2K17 is being released soon like how a rabid dog or a useless Pokemon is being released, let’s take a look at other better wrestling games. As usual, expect a bit more wrestling references so I apologize in advance. 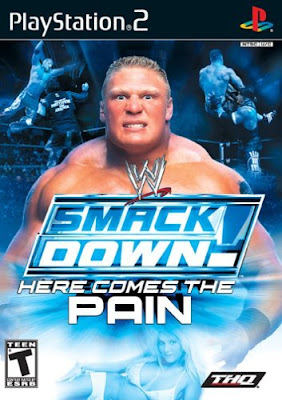 Whenever I’m not roaming around in open world games, I love to play wrestling games. I’m a wrestling fan and damn proud of it. I’ve been a fan for 15 years now. Sure I could’ve studied but oh look, “Stone Cold” Steve Austin is on TV facing The Rock! Gimme a hell yeah!

With WWE 2K17 coming out and most likely going to disappoint as much as Mighty Number 9, it’s no surprise that wrestling fans take these games with as much doubt as possible because of how burned they’ve been in the past. WWE 13 was okay but had a terrible unfixed glitch where the AI would kick out at one like superheroes. WWE 2K15 was terribly buggy and lacking in features from 2K14. WWE 2K16 was a baby step forward but it was still half-baked in terms of “modern wrestling simulation” that these are presented as. However, I would present the universal title of “fun wrestling game” to WWE Smackdown! Here Comes The Pain (goddamn, that’s a long name).

Read more »
Posted by Ralph Corleone at 3:37 AM 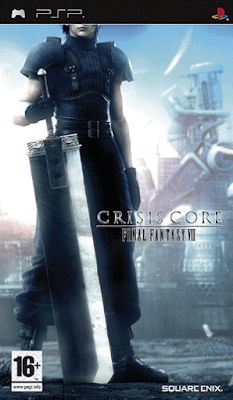 There are three reasons why I bought a secondhand PlayStation Portable a few months ago - Disgaea: Afternoon of Darkness, the first Yu Gi Oh GX Tag Force, and Crisis Core: Final Fantasy VII. These three games have taken hundreds of hours of my time 9 years ago and I don’t regret playing them one bit. My social life probably died when those games were released but what’s done is done. I’m a blogger and damn proud of it whenever someone impressionable asks. Out of those three, Crisis Core has the best story, unless you consider a school dedicated to a children’s card game to be interesting. And here go the Yu Gi Oh GX fans pelting me with mediocre trading cards! I’m so sorry!

Full disclosure: I was never a fan of the Final Fantasy series until this game. To this day, this is still my favorite game from that series. I have played Final Fantasy I and II: Dawn of Souls on the Gameboy Advance and didn’t really like those that much, consider me picky. I tried playing Final Fantasy VII on my PSP through some PSP sideloading and it still didn’t click on me. Maybe I just have no appreciation for retro games with main characters with Scott Steiner/Popeye arms.

I saw an ad for Crisis Core on a Philippine gaming magazine and the words “Final Fantasy” turned me off. “Never getting this shitty game,” I thought. Months later, I got the game in my PSP and I was enjoying the hell out of it. I wanted to play something action oriented and Crisis Core surprisingly fit the description. I played Dirge of Cerberus (which I may or may not review in the future) and liked it because I pretended Vincent Valentine is Tony Montana with a cape.