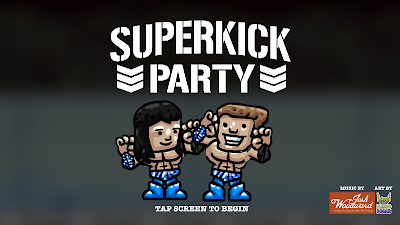 As you probably realized, I love professional wrestling no matter how stupid or incomprehensible as it can get. I even love fun wrestling games even more. There are a lot of fun wrestling games on consoles but not a lot for mobile. Sure, there’s WWE Immortals which is a fighting game that should’ve been released on consoles because it’s that epic. WWE 2K15 was also released on mobile but it’s unnecessary since it wasn’t fun in consoles so how the heck would it even be fun on a smaller, less powerful device? How about a simple game based on wrestling instead? Yes, that’s something even better since we don’t have to play with more than 2 on screen buttons. Let’s talk about Superkick Party, a paid game on Android and iOS.

Read more »
Posted by Ralph Corleone at 1:36 AM