I was at a self-imposed conundrum last time because I had to come up with a name for Nicole Tyler. The problem I have with the name is that I just know too many Nicoles plus I'd just be wasting the "Rename Nicole" feature I had. I can't use the old name I typed in before because that'd just be retreading water and no one else would get it but me. Plus, I'd have to use the picture again. Oh god.

Another problem was that picking Max Caulfied from the game Life Is Strange wouldn't make sense either. I've played this game several times and Nicole Tyler is way more different than Max Caulfield. I've played Life Is Strange and found that it would just ruin the experience because out-of-character Max would ruin immersion. I'm probably just overthinking this.


Only one way to settle this - randomize a new name for this playthrough. Random name generator from Behind The Name to the rescue. 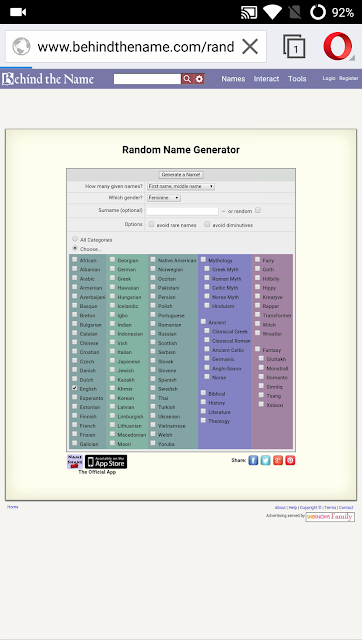 Here we go. Live and die by the randomizer. 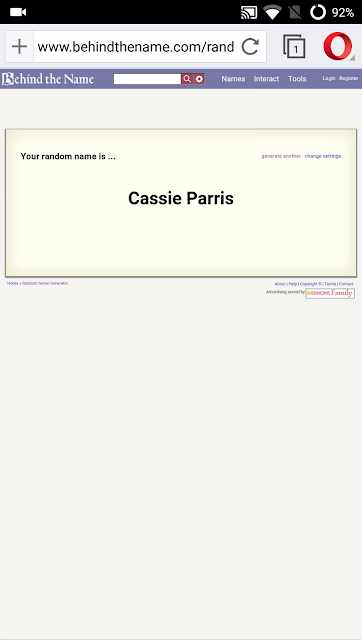 I don't know anyone named Cassie so it won't be awkward for them if they somehow read this. Then again, if they're reading this, they clearly don't care about what they read anymore. I kid. This is quality content. 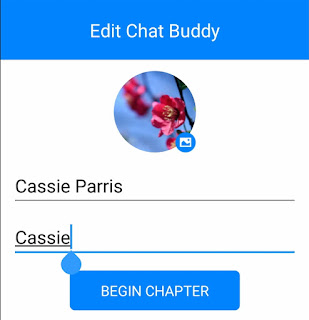 Cassie Parris sounds like a typical basic high school girl who'd hang out with her friends to talk about pumpkin spice latte.

Alright, after that brain hemorrhage of a scene, let's start Seen! We are now Ralph Ricker, super chill guy from school. 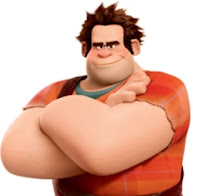 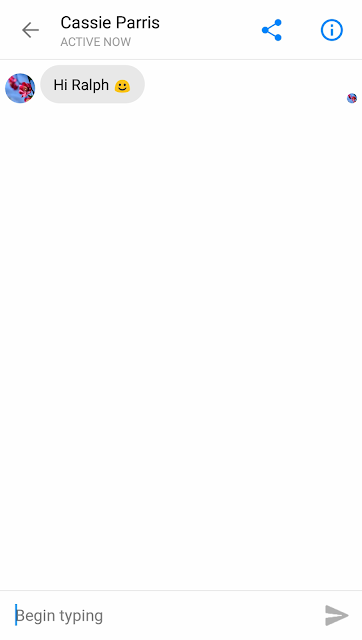 It's not everyday someone messages me first. Cassie seems nice already.

I'm gonna try to get the explanations out of the way as quick as possible.

When you press the actually functioning share button on top, it actually gives you the opportunity to share a screenshot, which is fun in theory but really, it just looks like you're sharing a Facebook conversation for some reason. To the untrained eye, it looks like a legitimate conversation on Facebook Messenger. 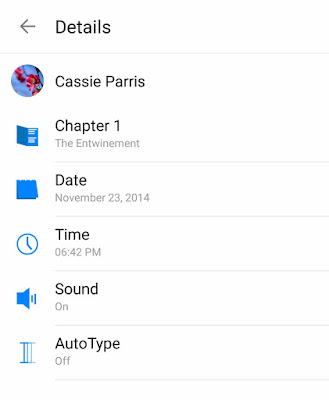 Pressing the info button on the top right corner, you'd be given details of the conversation including the date, the time the story takes place in, which chapter you're currently playing, and sound. The sound is entirely different from what I've heard being used in Facebook Messenger.

In part of a recent update, the AutoType feature had been added which instantly types the reply for you. 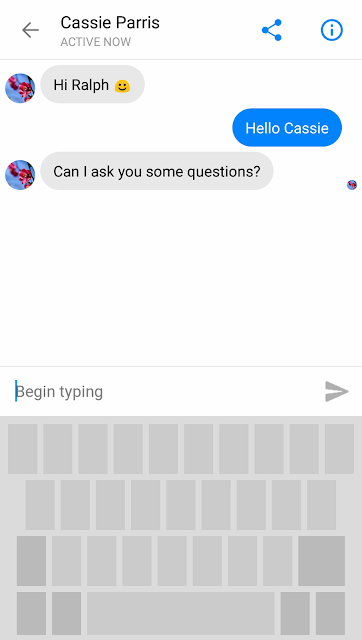 Before AutoType was put in the game, you'd have to type the blank keyboard, simulating Mark Blythe Ralph Ricker's finger movements. It's not a legitimate keyboard as the game types out each letter for you. 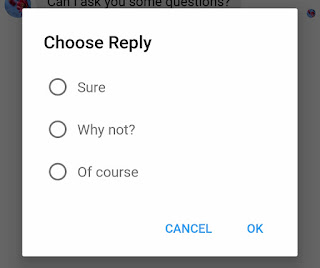 When replying, sometimes you're given the choice of what to reply. You can play as an indifferent friend to your new friend or you can be as nice and supportive as you want. It really depends on how you read each choice. Since we're now Ralph Ricker, it's time to be a nice person. 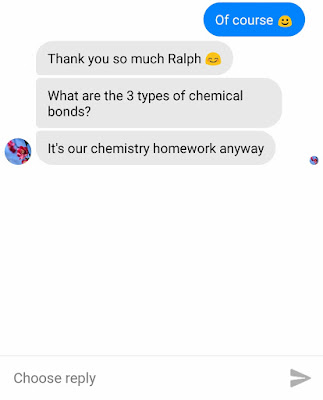 We have homework?! Oh man, thank goodness it's just one question. What a lazy teacher we have though. I think I like this class already. 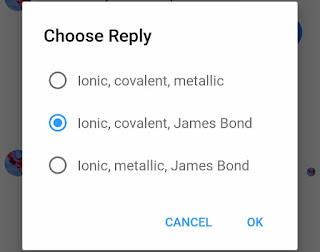 I is smart now, rite? 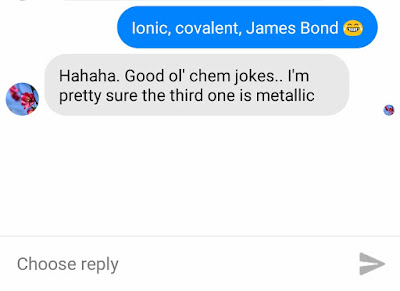 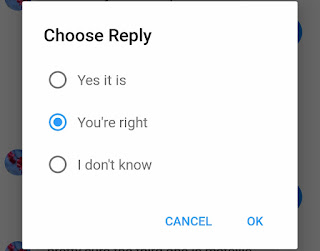 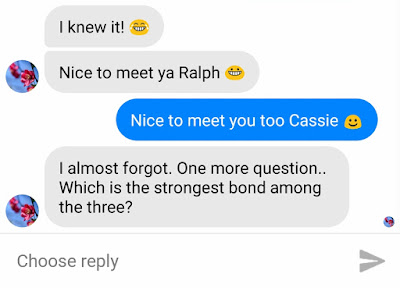 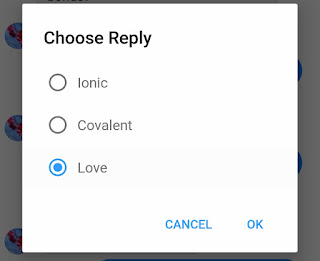 No, Ralph Ricker! She'd think I'm a goofball like Ralph Corleone. I only have one chance to make a first impression. She could be a good serious friend to me. 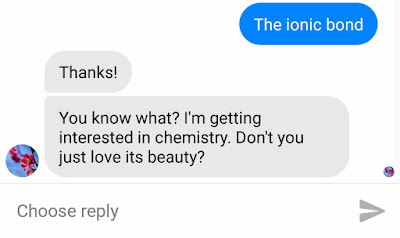 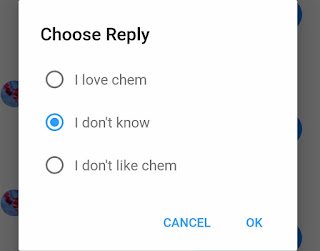 I'm still unsure of my science skills but that's probably because I'm more of a math guy. Maybe if I do well in both, I could make crystal math. Ralph Corleone, however, sucks at both.

Personally, I wish there were more than three choices for some of these dialogue options when the situation calls for it. 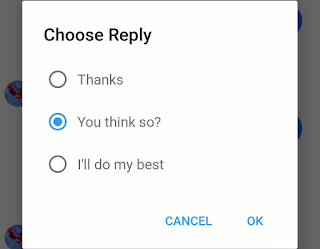 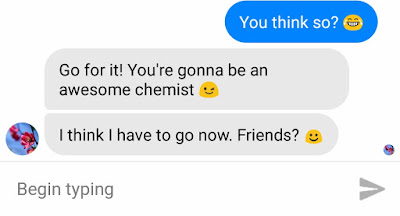 Cassie seems so nice. Maybe it's because she needs help with chemistry homework which could've been googled easily. I'd rather stay optimistic about it. Ralph Ricker is an optimist. 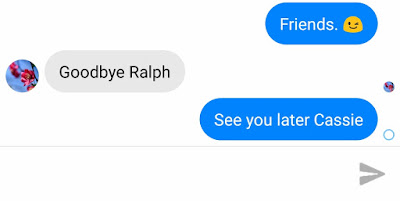 That was a surprisingly good first conversation, aside from the James Bond comment. Get yourself together, Ralph Ricker! Then again, I was expecting Cassie to actually just be a bitch. Turns out, names can be deceiving!

Since Cassie has gone offline, I think we should too. Until next time!