Checking my emails recently and got a really old spam. But the thing that I like about this particular email is that it's just so bullshit and specific that it's really bloody hilarious. It's apparently about Adriana and you talked to her once and she's been emailing you constantly. Here, see for yourself as I rip it apart.

Subject: "Adriana sent you a message...?"

BABE... i guess your not getting any of my email huh? ive beentryign to email u so many times but this dam laptop is such a piece ofgarbage and keeps freezing.. anyways how u been?

*You're. And how much processing power do you actually need where sending emails freezes your laptop? I have two laptops and they don't freeze when I send emails but maybe that's because I use Google Chrome. Are you using an older version of Firefox? Internet Explorer perhaps?

In case u dont know who this is its ME Adriana.. we used to chat a bit on facebook and thenI think u deleted me :(

Oh, we used to chat a bit on Facebook? Here, lemme check my message history.

Nothing here as well. Let me try really old messages since you did say we used to chat a lot. 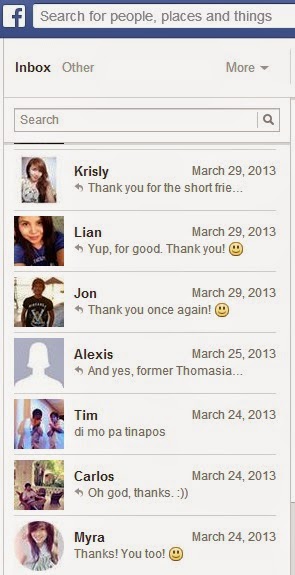 No! Nothing here as well! Adriana, you're lying to me and my message history. Sure, I delete people a lot to the point where I don't remember their names anymore since they don't matter now but never once have I deleted someone named Adriana because I have never had a friend named Adriana (as of this writing). You think I'd break off a friendship without even knowing that friendship existed?

haha.. anyways guess what... I got 2 things totell u.. both good news.. 1) im single now.. yup me and my bf broke upabout 3 months ago... and 2) guess where im moving? RIGHT EFFING NEARU.. lol... ur actually the only person im gonna know there.. well 3cousins too but i cant chill with them lol..

1) I don't really care if you're single because I didn't really know anything about our friendship until this email. And I assume he dumped you for a girl with a laptop that doesn't freeze. Also, this email is getting long so how is your laptop able to send this without freezing? Internet cafe?

2) Really now? 3 cousins and you chose to live alone near some guy you barely know on the Internet? Priorities, woman.

Also, how do you know where I live?! Oh right, freakin' Google Maps probably told you. My house is the one that has my name on the sign outside. 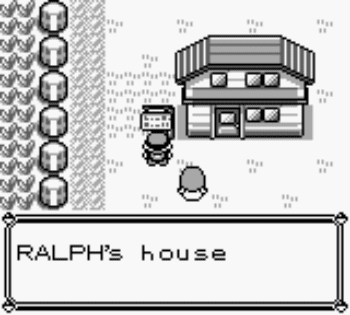 Yeah, that's the one. So that must mean your house is... 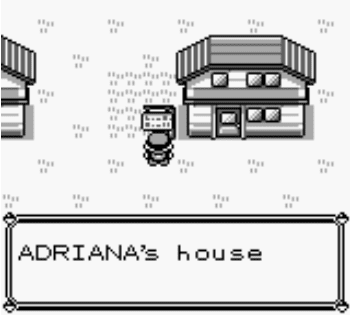 Oh my god, there you are! Wow! This is such a small neighborhood!

I remember when we chatted u told me u thought i was cute and u wanted to chill so now we finally can HAHA! im kinda scared to move..

NEVER in my life have I ever told a girl I'd like to "chill" with her. I'd like to "hang out" with her or I'd like to "kill" her is something I'm more likely to say than "chill". And why did you move in the first place if you were too scared?

im hoping this email addy is stillthe one you use and u can chat with me ebfore i get there.. maybe evenhelp me move my shit in...

Jesus Christ, now wonder your boyfriend broke up with you - you can barely spell. Either that or you're having a seizure as you typed this and yet continued to do so. And no, I won't help you move your stuff. Casual hookups don't help each other move stuff; people in relationships do.

are u still on facebook? i cudnt find ui wassoo confused...

anyways im gonna need someone to show me the town andtake me out so u better be around bebe...

Yeah, I can totally show you around the pawn shops and the bus stops but that's basically where the tour ends.

we only chatted a couple times but i remember thinking to myself i wanted to get ot know ubetter when i was single..a nd i thoguth u were cute too but cudnttell u cause i wasnt single lol

Even if this is coming from a spam bot who says the same stuff, I still find that hard to believe. I mean, come on, you can tell me I'm cute! It's a compliment, not a marriage proposal!

ok so more info about me.. well im23.. virgo.. love the outdoors and love to socialize, go out fordrinks, restaurants, movies etc.. travel..

So basically, you're the exact opposite of me.

i have a lil kitty namedBOO and i luv her to death...

She probably hates that you keep moving to the neighborhood of every guy you try to hook up with.

I DON'T. I don't like sex! You don't know me at all, Adriana! How could you! After all those times you said we chatted! If we did chat, I'd have probably said "I think you look great", not "ur cute, let's fuck"!

Also, I find it funny that probably some guy out there fell for this and thought "WOW! She's perfect! Now I remember her!"

I really hope we get a chance to chat for a bit either online or on the fone before i getthere enxt week.. i hope u remmeber me and still wanna chill and arentmarried yet lol.. OH YA also.. i need to find a job when i get there..

You've seen my message history! You weren't part of that!

And married? I'm still on practicum (as of this writing) and I do nothing but play video games on my days off! Why the hell would I be married when I still have Assassin's Creed Ezio Trilogy to finish?

No, Adriana, you can't come over to play!
Posted by Ralph Corleone at 6:05 PM