Ralph's Writing Collection - How I Never Met Your Mother [Part 34]

Now, let's finish this updated saga. Well, at least one part of the saga. Happy Valentine's Day, everyone!

Kids, in December of 2011, as I walked to the Albertus Magnus building where Jill was, I thought of two things: first, would Jill actually like this gift? And second, why was it so damn hot outside? Okay, so December wasn’t really cold in The Philippines and wearing a jacket to meet a girl was a bad idea. I needed that jacket to look cool but the sweating was profuse. I thought I’d look and smell bad but thank goodness I had some cologne with me. But I digress.

When I arrived at the Albertus Magnus building, I thought I was gonna have my heart beating out of my chest because I was nervous. Jill’s section – 2T1 at the time – was in room 104A. I already passed by that room once so I knew where it was. Could I be more of a creep? When I thought it was all good, I suddenly had another problem:

Ralph: Oh god, how am I gonna give this to Jill?

I didn’t really think of that at all. I had the gift and I already had a reason to give it to her but I didn’t have a way to give it! Goddamn it, I thought. Do I excuse her from class if one of her professors were present? Do I just leave it outside her classroom? I didn’t plan it out.

I was already in the hallway where Jill’s classroom was and I didn’t plan anything out. I was alone there – your Aunt Angel or any other of my friends weren't around to help me in that situation. If the ending of the anime School Days were to happen and I get stabbed, there wouldn't have been anyone to call for help. 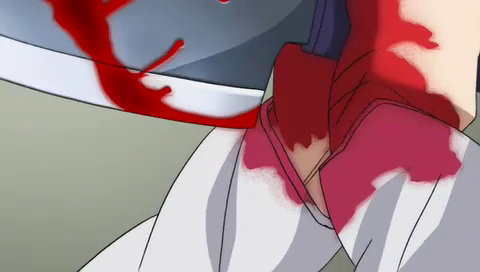 As I was standing outside room 104-A, pretending to read the bulletin board and thinking about what to do, one tourism girl went outside the classroom. She was on the phone and was confirming with your Aunt Camille about my presence.

Tourism girl on the phone: Yeah, he’s here… He’s wearing glasses… In a jacket… He’s standing here so I know it’s him!
[I was laughing when she was confirming that it was me. I don’t know why. She puts her cellphone away and talks to me.]
Tourism girl now not on the phone: Are you Ralph? Jill’s here. You should go inside though.
Ralph: Wait, what?!
Tourism girl: You have to go inside. Jill won’t go out.
Ralph: Why not?
Tourism girl: She’s shy!

Okay, okay, let's pause for a second and ask some questions.

How did Jill know about this? This was a total surprise. I mean, I never asked for her schedule or anything. I never told her that I was going to deliver her a pink puppy. To this day, someone had spoiled the surprise by telling her about it.

I was hesitant as heck because in the back of my mind, this was entirely stupid and pointless. I wasn't a handsome guy at all so why would I be doing this kind of thing?

So I entered the classroom of 2T1 and they were all looking at the big guy in a jacket with a gift in hand. I felt like I was gonna get stabbed but I wasn’t there for that. I was there for Jill. When she saw me, Jill stood up and smiled. As I slowly approached her and handed her the gift, everything went into slow motion and my mind started talking to me.

Oh crap. I didn't have anything to say. I needed to say something cool or witty or at least romantic. I had to think fast. In 2 seconds, I said…

Ralph: Hi, haaave you met me?

That... didn't go so well. I didn’t know what else to say. It was the first thing that came into my mind. Using a phrase Barney Stinson always used was my backup plan for any awkward situation.

My first meeting with Jill was great. She didn’t actually expect that I’d actually get her something even though I told her through Twitter to expect something, but I didn’t tell her that I’d deliver it personally.

Ralph: Hi. I’m Ralph. Jill, right?
Jill: What are you doing here?
Ralph: It’s Christmas and I felt like giving each of my good friends a gift.
Jill: How’d you—Where’d you—
Ralph: Okay, did this seem stalker-ish?
Jill: A little. I didn’t really expect it.
Ralph: Yes, because by the very definition of the word “surprise”, it’s not supposed to be expected.
Jill: Mean!
Ralph: Hey, I got you that pink puppy! I can be mean.
Jill: It’s not a minion from Despicable Me.
Ralph: Greenhills ran out of them so stick with the puppy.
Jill: I’m just gonna leave this here on the bulletin board…
Ralph: How could you be so mean?! I’m so tweeting about you.
Jill: Now that’s mean!
Ralph: I’m kidding. So how are you?

That first conversation with Jill was great. She looked great. Her voice was... alright. Heck, I couldn’t even keep track of what she said at the time.

Ralph: You’re not gonna kick me now, are you, like how you’ve always threatened me?
Jill: Yes, I will! I’ll take my heels off and I’ll kick you!
Ralph: Really? With that uniform of yours?
Jill: Don’t you have to go yet?!
Ralph: Haha! Alright, alright. I’ll go, since you said so.
Jill: Thanks! Bye!

Okay, I have to admit, there were some awkward pauses there. I know I messed up somehow but I didn't care. What mattered was that I gave a gift to Jill and I at least cemented our friendship.

As I left the building, I had a dorky smile on my face. I had never done anything like that ever.

When I got back to the classroom, I kept thanking Camille for giving me Jill’s schedule because without her help, I wouldn’t have been able to pull that off. Okay, I already did have the schedule from the CTHM dean's office but hey, I became friends with Camille.

I know it seemed a little creepy if you think about it, and I did realize that afterwards, but I apologized to Jill later that night if the gesture seemed creepy or stalker-like. She said it was alright and was actually the first nice thing I did for her after months of being mean. And that’s all I wanted to do.

Kids, sometimes you have to take a chance. You never know what could happen. If you're lucky, things would go right. However, not everything could stay right. It might just be the calm before the bitter storm, but I had to find that out the hard way.

(Ralph from 2014: Bloody hell, this was depressing to write again. You can read the first part right here or the previous part here)
Posted by Ralph Corleone at 9:40 PM