I love buying wrestling shirts because I'm a big fan (literally) of wrestling and I like showing it off. The only way to buy wrestling shirts back in the Philippines was to find a store that sold bootleg ones (which would deteriorate rather quickly) or order online.

However, shipping would cost a bundle. I remember trying to buy a shirt from WWEShop.com and the shipping was 25 dollars, which was the cost of an entirely new shirt. That would mean I'd pay 50 bucks for one shirt.

Thankfully, I'm in Canada now and shipping is considerably less. The first wrestling shirt I bought in Canada is this. 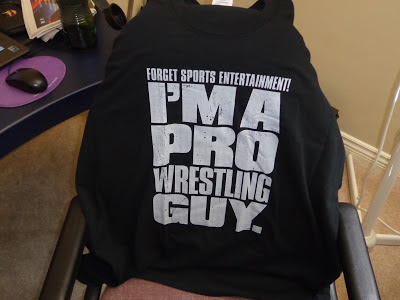 To put some context into it, it's actually a shirt that references this lovely shirt (that I was never able to purchase). 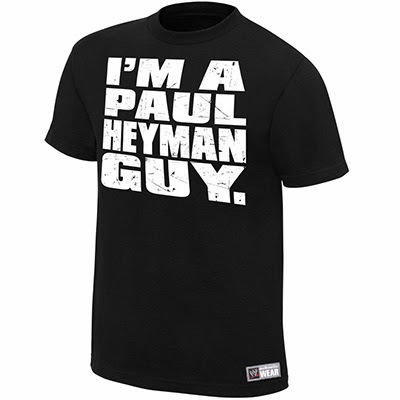 When I was about to buy this who sold WWE shirts, I had a few things running in my mind.

People who don't know Paul Heyman would think that I'm a guy who loves him in a homoerotic way. My friends would probably question me about it, thinking "Who the hell is Ralph supporting?"

Thank goodness I saw this on my Facebook news feed.

This was the shirt I needed. No questions needed to be asked. It's all there and it's similar to a shirt that I really wanted. I ordered it as soon as it was released.

2 weeks later, I finally got it. 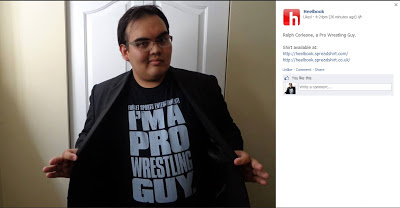 Yes, I am a pro wrestling guy.
Posted by Ralph Corleone at 7:08 PM