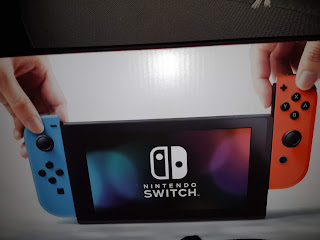 Last Christmas, I bought a Nintendo Switch out of impulse. I say it's out of impulse because I wanted to purchase a present for myself. I wanted to plan it out and wait for a sale after several months. I then remembered that Nintendo products usually never go on sale for one reason or another. I did have the option of buying it last year when I went to the Philippines but this was before any game that I wanted to play was actually released for the system.


I bought it at Toys R' Us because I didn't want to wait in a lineup. Toys R' Us locations here in Surrey at least are barren enough to be convenient. I nearly settled for the gray controllers but the sales associate got lucky and found one with the blue and red controllers so I was a happy big boy. Big boy, not soy boy. I didn't take a photo of me with my Nintendo Switch while I opened my mouth like a lunatic. The state of your social media, mate. 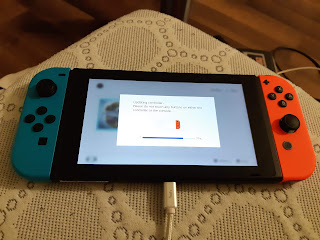 The thing about buying a new console for me is that it's a long term investment. I remember being optimistic about the previous Nintendo console that I purchased - the Wii U. A game console is only a powerful DVD player if it doesn't have the library of games that make it better. That metaphor instantly goes down to the drain pipe with the Switch since there's no disc drive to begin with so I don't even have that benefit.

The first game I bought was Fire Emblem Warriors because of course I have to get a Dynasty Warriors-like game for my new console. I did the same with Hyrule Warriors for the Wii U. My knowledge of Fire Emblem lore is very, very limited since I'm not a diehard fan. I've only played Sacred Stones for the Gameboy Advance.

The next game I immediately bought without a thought is Pokémon Let's Go Eevee. Seriously, if I bought the Switch last year, I would have given up on it 4 months in because of the lack of a Pokémon game. So far, playing it intermittently, it's still a fun game and it's a child's remake of Pokémon Yellow. I just don't like how battling wild Pokémon has been replaced with the Pokémon Go version of encounters where you have to throw the ball to catch the wild animal instead of murdering it with your Charizard's flamethrower. Aside from that, it's been a fun game to play.

A thing that I love about the Switch is the use of cheap microSD cards rather than some proprietary memory cards that are hard to find on Amazon like what the PS Vita had. I'm surprised it can use a 128gb card because I never really used one with that amount of storage. I then realized that to fill that up, I'd have to buy more games. My wallet says help.

Overall, I do see the Switch as a good successor to the Wii U because it has the tablet feature right. It's both portable and a easy to plug in to a TV using the included dock. It's better than a PlayStation Vita because there are actually more good games here. It's better than the Wii U because, unlike my best friends, it's not a disappointment. It's definitely worth it but I do wish I waited for a sale. Ah well, it's worth it.
Posted by Ralph Corleone at 2:59 PM