A Case for Cases 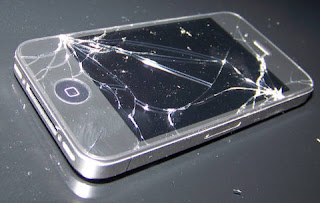 With something as important as a smartphone nowadays, it's best to make it last in the long run. Constantly buying smartphones is unhealthy for the wallet so taking care of your cellphone is essential to constant access to communication. One of the biggest causes of a smartphone's death is accidental dropping. Just one momentary drop would cause your cellphone to have a brain hemorrhage and cease to function aside from being a well-designed brick. This is where cases come in.

Full disclosure: I work as a salesman for a cellphone company so I deal with cellphones that range from good to garbage quite a lot every day. It pains me to see a phone with a cracked screen but I'm not telling you to buy a cellphone from the company I work for.

With something as expensive as a smartphone, protection is necessary because a phone is a necessity, not just a vanity item. It's not unheard of to have no landline in a household because cellphones are much more convenient. Whether prepaid or postpaid, a cellphone is a part of daily living and losing a naked cellphone through gravity makes one get filled with the five steps of grief. And yes, I did say "naked cellphone".

The simplest way to take care of a phone is with a case because a drop could affect not just the screen but also the internals of a phone. One instance I remember while writing this, a customer brought an LG Nexus 5 phone that didn't have a working screen. The screen wasn't cracked but it wasn't working either. He said it fell on one specific corner that killed the phone's screen capabilities. Had he just bought a case for that phone, it could've have a chance in surviving.

With a pricey cellphone, you'd want to make your hard-earned money worthwhile. It goes the same for phones that are 100 dollars. It's not everyday you can spend that kind of money on a phone and that's not including the taxes and monthly bill payments that come with it unless you're rich or an idiot who breaks their phone all the time.

Usually, the more popular a phone is, the more likely are cases available for it. The cheapest option is to buy a case from a dollar store. Dollar stores usually have cases for the latest models of iPhones and Samsung phones but does it feel worth it though? The logic behind dollar store cases doesn't really seem safe in the long run. Sure, you bought a 2-dollar case but does it provide enough safety in case of a drop? Unless the case is actually pretty good, avoid dollar store cases because you did save 18 dollars on a case but it might just cost you a few hundred for a new phone after one timely drop. A case that provides nothing but to look pretty may not be the safest option.

Something that doesn't feel safe are those silicone cases that collect dust. You know those? The rubbery thin cases that feel like they're made of yogurt. These are the least protective cases unless you have those cases that look like cute bears. Those can at least withstand a minor fall. 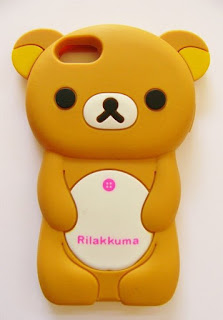 But let's talk about my phone for a second. It's an Asus Zenfone 2 and I love it to death. I've accidentally dropped it several times and so far, it survived every one of them. Just so I don't have to deal with grieving over a cracked phone, I searched online for a case that focuses on protection instead of style. 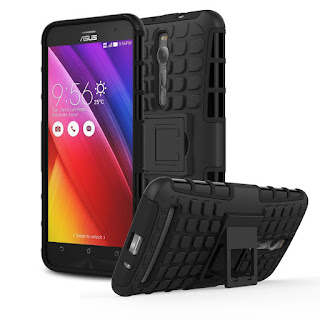 I use this kind of case for my Zenfone 2. With a case like this, I have a phone that feels chunky and massive but that's okay because it can resist a drop more than a regular case. Plus, "chunky" and "massive" are the same adjectives I can use about the kind of hands I have. I have dropped my phone a few times but thanks to this case, the phone survived each drop with no damage whatsoever. Not even scratches.

Another phone I have that I use as a backup is the Moto E 2nd Generation that I bought on Black Friday 2015. Just to be on the safe side, I bought a 15-dollar case with it as well. Not just any cheap case though. A hybrid case that involves plastic and rubber that makes the phone feel bulletproof. Not literally but I like the security it gives my backup phone. 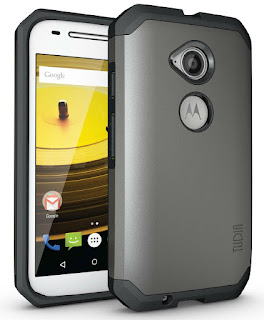 These cases have provided my cellphones at least a chance of survival in the case of an accidental drop and I recommend getting thick, secure cases for your smartphones. I can't stress the importance of cellphone cases enough. Don't be smug and say "I'm always careful with my phones". It never hurts to be safe because if you keep your guard down at the right moment, you'll lose your tool for communication in the world.
Posted by Ralph Corleone at 3:10 PM